ISB Experience Tailored to you

Help us tailor the website experience to your taste. Make some selections to let the website work better for you. 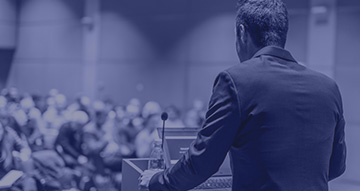 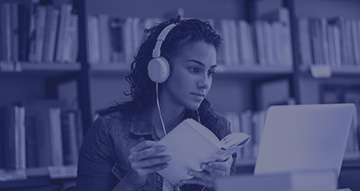 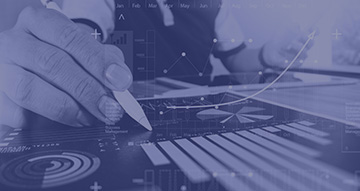 From Digital Payments to Financial Inclusion: The Challenges Ahead

The story of financial inclusion in India has been, for the last 15 years or so, mostly a credit-driven one. We can get a sense of the numbers from the All India Debt and Investment Survey (AIDIS), which reports the financial behaviour of Indian households on a nationally representative basis. Comparing the most recent data (from the 2019 survey) with the data from the previous round (2013), we find that the number of households who participate in formal financial markets has risen substantially in both urban and rural areas. But on the assets side of the balance sheet, this increase is almost entirely driven by greater ownership of bank accounts over any other asset class.[1] Those bank accounts are not used very much, though, after their opening–so, it is doubtful whether this form of inclusion is really meaningful at all. In terms of allocating their wealth into financial versus physical assets, not much has changed between 2013 and 2019–whether rural or urban, households still allocate more than 90% of their wealth towards physical assets such as land and gold. On the liabilities side, the share of rural households who have borrowed formally has increased by 8 percentage points (from 17% to 25%), but the proportion of informal debt among rural households still constitutes more than a third of their liabilities.

There is a growing perception that perhaps the way to encourage non-credit financial inclusion, i.e., the widespread intensive adoption of financial assets, and a variety of financial assets at that (i.e., investment assets, retirement assets, insurance policies, etc., and not only dormant bank accounts), is to encourage the take up and usage of digital payments. In order to assess the sensibility of such a perception, it is first necessary to understand the logic of the argument underlying it, and then to evaluate whether that logic is likely to play out smoothly in the Indian context. The logic of enabling inclusion through digital payments relies on two propositions. First, there is the proposition that digital payments can be a useful way for poor customers to start interacting on digital interfaces and become familiar with them, as the making of payments for a variety of reasons is a regular feature of their lives. Second, there is the proposition that once poor customers are so habituated to digital venues, then it will become possible to use those venues as platforms to cross-sell a range of financial products and services.

The prospect of practically implementing this two-part logic stumbles on the first of its two propositions. How might poor customers be persuaded to take up and regularly use digital payments in the first place? For if that could be achieved, the “platform-isation” part is easier to accomplish, and not least because activating the first part of the logic would enable the generation of massive amounts of data that could be leveraged to activate the logic’s second part.

The Reality of Digital Payments Penetration in India

Zooming in on this stumbling block, then, let us first examine the actual penetration of digital payments in India. Here, too, a problem arises, because reliable high-resolution data on penetration and usage of digital payments is hard to come by. The Reserve Bank of India (RBI) publishes a Digital Payments Index which purports to summarise the extent to which payments in India have been digitised.[2] That index has been increasing but it is hard to draw proper conclusions as to whether this increase signals inclusion, because only one component of the index speaks to the use of digital payments, while the other components speak to access (to digital payment instruments) and quality (of digital payments), neither of which guarantee the actual take up or regular usage of digital payments by new customers. A similar story can be told about the RBI’s other efforts at measurement, such as described in its Benchmarking India’s Payment Systems report, or its Payments Vision documents.[3],[4] To say that between March 2019 and September 2021, the number of merchants accepting digital payments grew by 500% and UPI payments grew by 1200%, is to say little about inclusion proper. The RBI itself acknowledges (in its July 2022 Benchmarking report) that cash in circulation is high and last-mile access to ATMs is low per capita. This indicates that digital payments are concentrated among specific consumer groups (most likely urban middle and high income groups), and it is in those segments that much of the growth is being registered, notwithstanding various reports on increased numbers, as well, by parties other than the RBI (such as PayNearby’s report on AePS payments during Covid, or the World Bank’s Findex 2022 report, or the PhonePe-BCG Pulse report on 2026 projections).[5],[6],[7]

In addressing the under-penetration of digital payments, let us maintain a focus on rural India, where by all accounts, if not per hard data, digital payments has failed to make a significant dent, if at all. Why is this so? The reasons are two-fold.

Firstly, the economics of digital payments is unlikely to be viable in rural India. One can get a sense of this by considering the economics of rural Cash-In-Cash-Out (CICO)[8] operations, whose spread and success may be reasonably taken as a bellwether for the take up and usage of digital payments, since such operations are usually facilitated by the Aadhaar-enabled Payments System (AePS)[9]. Most rural CICO transactions are “off-us” transactions in which, typically, customers of a public sector bank use private sector bank infrastructure for execution.[10] The latter infrastructure typically covers both human (Business Correspondent Agents or BCAs) and machine (online devices, biometric equipment, etc.) components. Public sector banks must pay private sector banks for using their infrastructure, and currently, these “interchange” payments impose a cost on the former over and above the cost of cash management that they must already bear. These costs are prohibitive for public sector banks to bear, and when some part of those costs are passed on to the customer as charges, then they become prohibitive for the customers to bear. So, this is one major reason that CICO operations continue to largely exclude the rural poor.

Solutions to the above-mentioned problem include reductions in the interchange fee, or the deployment by public sector banks of their own BCAs (but this would entail hiring and training, and then compensating the agents properly), or the opening of more rural branches by private sector banks (but this would mean investments in physical infrastructure, and necessitate the efficient management of cash in the branches). It is not obvious how any of these solutions might be effected without a certain quantum of public subsidies.

Even if the access problem were solved, and AePS transactions became more widespread in rural India, there remains the significant challenge of moving the rural poor from such transactions to digital payment modes such as UPI. The rural poor face a number of constraints.[11] They may have poor access—for geographical as well as financial reasons—to smartphones, internet connections, electricity, and other important services that support payments. They may believe that digital payments are not meant for them, and be hesitant to download and install applications. Even if they were persuaded to download and install digital payment applications, they may find the application interfaces complex and non-intuitive, get confused with jargon such as UPI, BHIM, QR codes, or not understand what interoperability of digital platforms means or enables. Among the rural poor, women may face the above constraints in a particularly severe manner, for various reasons including social-cultural norms that have kept them illiterate or without a sense of agency. The same can be said about other historically marginalised groups such as those of low-caste or Dalit origin.

In order to include the rural poor and especially the historically marginalised groups among them, it is important for digital payment applications to incorporate some baseline design principles that would enable greater usability. Some of these could be:

Better Grievance Redress is Critical for the Way Forward

In conclusion, it bears pointing out that the current state of grievance redress for even regular net banking customers (such as you, the reader) is not up to the mark. Therefore, building effective and efficient grievance redress for the rural poor is a tall order, and it is possible that government subsidies will be needed for this too. But here, the subsidies can be in kind. For instance, many states are digitising their social protection systems and building into those systems grievance redress mechanisms. Perhaps financial services providers, including payments operators, can ride on these mechanisms. A pre-condition for this to work, of course, is that the state’s grievance redress mechanism should itself be designed for inclusivity and accountability. Conditional on that being achieved (and as states like Rajasthan have demonstrated, this need not be an impossible task), and the other recommendations stated above being effectively implemented, it is possible to be very hopeful about the prospect of digital payments opening the doors to meaningful inclusion for India’s rural poor.[12]

[7] PhonePe-BCG. (2022). Digital Payments in India: A US$10 Trillion Opportunity. https://www.phonepe.com/pulse-static-api/v1/static/docs/PhonePe_Pulse_BCG_report.pdf

[8] CICO networks are mechanisms through which customers can exchange cash for electronic value or vice versa.

[9] AePS is a bank led model which allows online interoperable financial inclusion transaction at PoS (MicroATM) through the Business correspondent of any bank using the Aadhaar authentication.

[12] The claim about Rajasthan’s grievance redress platform (called Rajasthan Sampark) is based on research done by Dvara Research on the state’s Jan Dhan Yojana platform. This research is slated for release in the form of a report in September 2022.

Indradeep Ghosh is Executive Director of Dvara Research. He holds a PhD from MIT and an MA from Cambridge University (where he won the Adam Smith Prize given to the top graduating student in the university) in Economics. Post MIT,  Ghosh pursued  academia for over a decade, first at Haverford College in Philadelphia, Pennsylvania, and then at the Meghnad Desai Academy of Economics in Mumbai, India. At Dvara Research, he drives the research agenda and leads research priorities in coordination with the practice heads.

Write to us at management_rethink@isb.edu